I'm not into cars. I can't even tell you the names of (a lot) of cars by just looking at them, except of course I know someone who owns a certain one and happen to know the name. The possibilities are not a lot, because Indians usually buy the same cars again and again. My parents, grandparents and uncle-aunt each own at least one Toyota Camry. So you see, there's no need to know all the names (or even a little less than all), because one name fits all! 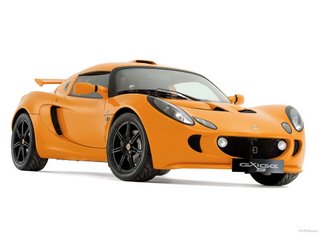 Back in India (or maybe I should say, when I was much younger), I could identify a car by its sound. It's not hard to differentiate between a Tata Indica, Maruti 800, and a Fiat.

Since I'm not into cars, that says for itself that I'm not crazy about them either. My heart does not stop pumping blood at the sight of a Lamborghini. Neither does it fall short of breath on seeing a Ferrari. I don't want or wish to have any of these cars.

I believe you are pretty conviced that I too am going to buy a Toyota Camry someday. Hey I know the name! and I sure can relate it to a picture in my head. BUT! there are a few cars that do contribute in those little tiny instances where I don't feel my feet being in contact with the ground. Umm... not a few, but two. Don't worry I won't prove you wrong, if not Camry I'll buy something pretty much like it since Ferrari and Lamborghini are not on my crush list.

The first car I like would be Nissan Maxima. Surprised? Of course! What's so special about this, so simple, so boring, so not-unusual looking car. Well, I don't know! When you like someone, is there a reason behind it? Or is it a feeling inside? Something you can't control. Something you know is strange, yet feels right! Same thing here. I guess, I'm pretty practical in that manner. Why dream of a Hummer when I know it's of no use to me. Or, am I just finding excuses? Nah! C'mon its a MAXIMA!! I don't need an excuse for this car.

Next in line is Nissan Z. Much cooler. Much hippier. Much younger. Still, i'm not aiming too high. I don't think you'll need a explanation to why I like this car, do you?

Maxima and Z have been on my list for a while now. Even today, when I see either of the two cars my dil goes mmm... 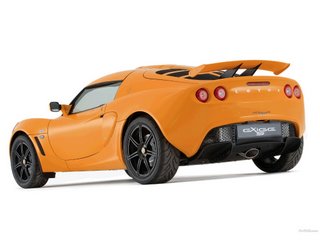 It seems that soon enough a new member maybe added to the 'I like...' family. You won't be able to guess this one.

It's small.
It's sleak.
It turns heads.
It's a two seater, two door.
Most likely a fantacy forever.
Hopefully, a dream waiting to be turned into reality.

And the winner is Lotus! May be I over exagerrated. I'm still not sure if I really, absolutely, truely, passionately like the car. I've only seen it twice on the road in the past five days, and once on a photoblog. But the car looks pretty cool. And I believe, there should at least be one car in the house that lets just the two - him and i - take a trip, without even having the option of more people. The rest of the cars, can quitely sit in the garage, and act like they are at the repair shop.

Email ThisBlogThis!Share to TwitterShare to FacebookShare to Pinterest
Shelf: life